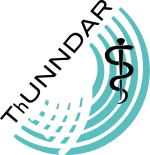 Justin specialises in the systemic management of a range of malignancies, their treatment with immunotherapy having originally trained in medicine at Trinity College Oxford, where he gained a first class degree.

After completion of junior doctor posts in Oxford, he undertook training and a residency programme at The Johns Hopkins Hospital in the US before completing his PhD and training in London.

He was appointed a senior lecturer in 2007, and a Professor in 2009 receiving the UK’s first NIHR Research Translational Professorship in Oncology at Imperial College.

He has published over 600 papers and in 2016 was elected to the American Society for Clinical Investigation and Editor of Oncogene.

He has a close multi-disciplinary collaboration working on MRI-focused ultrasound to localise therapy to the site of malignancy, increasing effectiveness and decreasing toxicity.